Tales of the Cumberlands

Tales of the Cumberlands 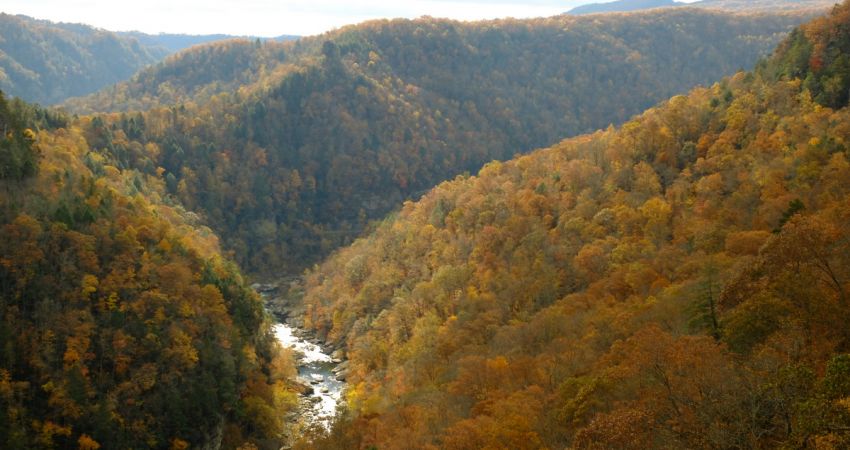 Spellbinding stories from Appalachian history will swirl through the mists of Breaks Interstate Park at a storytelling convention to be held Sept. 21-24. The third gathering of “Tales of the Cumberlands: Devils, Giants, Feudists and Physicians” will focus on tales from the Virginia-Kentucky border region from frontier days to the early 20th century.

The event is open to the public, and admission is free. A donation of $25 per couple or $15 per individual is suggested for the Wise County, Va., Food Bank. 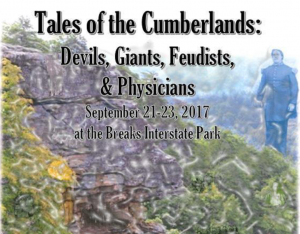 “If you are interested in the Central Appalachian region dating from the Indians and Daniel Boone, through the Civil War, the Swift Silver Mine legends, the numerous feuds that made the region famous, and the rise of the coal industry, you should join us,” said event producer Stephen Conley.

The storytelling convention features genealogists, historians, actors, novelists and other narrators who bring multiple perspectives of mountain history and traditions. The three-day program is a mix of family lore, scholarly research and artistic performances.

This year several speakers will address the colorful life of Marshall B. Taylor, “the Red Fox,” who was a trained physician, follower of the mystic Swedenborg, and U.S. Marshal in the 19th century. Taylor was hanged in Wise, Virginia, in 1893 after being convicted of the murder of the Ira Mullins family on Pine Mountain near Pound, Va. But legend says he may have been framed and escaped execution with the aid of local Masons.

Among those speaking will be Judy Bock, a direct descendant of Taylor, along with historians Nancy Wright Bays and Anthony Hawkins. “We’re expecting some new information about Red Fox to be brought to light,” said Conley.

A lantern-lit “Ghost Walk” planned for Friday evening will feature storytellers dressed in period costumes who will narrate the conflicts among Red Fox, “Devil” John Wright, Talton Hall and others in the late 1800s. Divided loyalties arising from the Civil War, coupled with rapid changes brought about by industrialization, frayed the social fabric and led to violence during this tumultuous period on the Cumberland Plateau.

According to Conley, this year’s program will expand its subject matter to include talks about Native Americans and other ethnic groups in the mountains. Three speakers will discuss first contact between Europeans and the Yuchis, who used the Cumberlands as a hunting ground along with the Shawnees and Cherokees. Dwight Collins will speak on “The Mystery of the Melungeons,” addressing ways that recent DNA research may help solve the riddle of their origins.

A post-convention tour of the Jenkins, Ky., area has been added to this year’s program and will include stops at the Jenkins Coal Museum, Murdered Man’s Cemetery, Pound Gap, and Raven’s Rock. 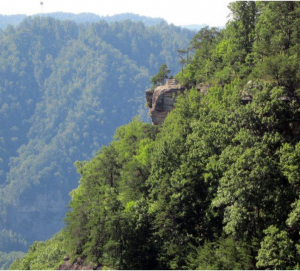 Pre-registration for the storytelling convention is not required. Attendees seeking reservations at Breaks Interstate Park may call The Breaks reservation desk directly at (276) 865-4413 for a 10% discount on lodge rooms, cabins or camping.

Conley said he is gratified by growing interest in the event, which he started in 2013 in Wise County, Va. After a hiatus, the second convention was moved to Breaks Interstate Park in 2016. “The older folks who can tell the stories are dying off,” he said. “Their children and grandchildren realize this and are interested in family lore. With this precious resource disappearing, it’s so important to get the oral history down.” 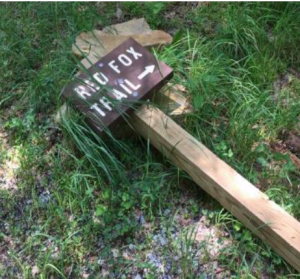 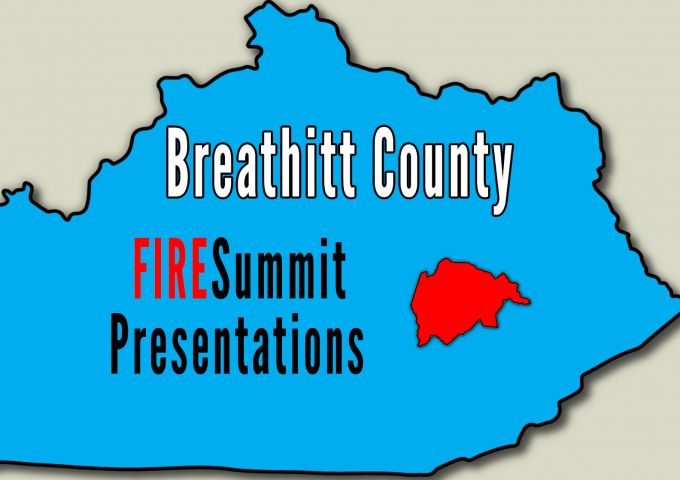