It’s Lit..erature: The Catcher In the Rye

It’s Lit..erature: The Catcher In the Rye

The Catcher In the Rye is JD Salinger’s 1951 masterpiece. The story takes place in 1940s New York City and briefly at a college preparatory school in Pennsylvania. The novel follows sixteen year old Holden Caulfield after he gets kicked out of Pencey Preparatory. It’s the third school he’s been expelled from, so he’s not too upset but he’s worried about telling his parents so he decides to spend three days in Manhattan.

The Catcher In the Rye may have been written for adults in the early 1950s, but it’s really the quintessential teen novel, especially for this time. Holden is a stereotypical angsty teenager. He spends a lot of his time in the novel smoking cigarettes and drinking alcohol. However, he didn’t get kicked out of Pencey for unruly behavior. Instead, he was removed from the school due to a series of failing grades. Holden isn’t an unintelligent boy by a long shot, either. He just didn’t apply himself in school, a thing that even some of today’s teens can attest to as well.

With that being said, Salinger’s novel provides a story of angst and provides the story of what is perhaps the most relatable literary character. The Catcher In the Rye is the perfect novel for anyone who finds themselves being alone more often than not and someone who may have a hard time coping with growing up. Holden Caulfield shows us that even though seemingly bad things, like being kicked out of school, may happen to us, we will end up okay.

Share On:
Facebook
Google +
Twitter
This entry was published on May 11, 2016 and was updated on May 23, 2017 / Sarah King. Posted in FIREshare-fellows and tagged FIREshare. Bookmark the permalink. 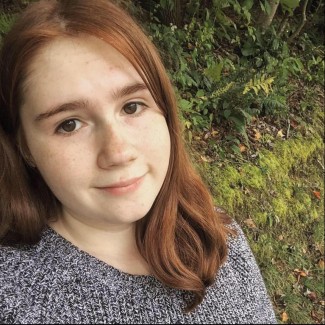