How Digital Promise is Helping Sow Networks of Learning Innovation, One Region at a Time

Home/Updates/ARI/How Digital Promise is Helping Sow Networks of Learning Innovation, One Region at a Time

How Digital Promise is Helping Sow Networks of Learning Innovation, One Region at a Time 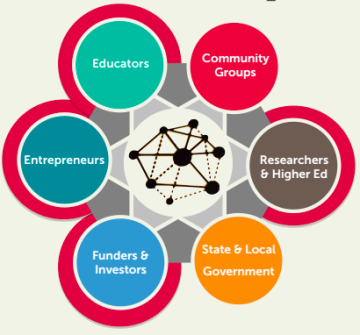 Over the last few years, educators, entrepreneurs, funders, and researchers have been joining forces to spur learning innovation in specific regions of the country and equip young people with the skills they need in a changing economy.

More recently, the education nonprofit Digital Promise and the Department of Educationhave started devoting resources to help the clusters grow. 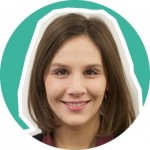 We spoke with Cricket Fuller, project director for education innovation clusters at Digital Promise. Fuller helps education clusters get off the ground and find ongoing support. She and Digital Promise have identified 30 regions currently developing stronger clusters, and she thinks the field is at a turning point.

“This kind of work has been bubbling for a few years, but we are at a point where we are ready to hit the ‘go’ button,” she said.

In your recent crowdcast with Remake Learning, you mentioned the importance of new education clusters having a “harbor master.” What is a harbor master?

When you’re bringing together a range of stakeholders, we’ve learned it’s really vital to have an organization or an individual who convenes people—a “harbor master.”

For most of these ed cluster regions, that harbor master is still playing an essential role. They are still at the heart of that ecosystem, similar to how the Sprout Fund was in the early years of the Remake Learning Network. We’re now starting to see several clusters that are moving beyond one single leader and giving their network a new name, a new brand, and defining membership or participation criteria. It’s great to be able to point to Pittsburgh and Remake Learning as an example of how a network has evolved  their leadership role as their network grew.

How have clusters evolved or changed recently?

For the past few years, we’ve been talking about very organic, informal, and sometimes one-off partnerships with people in education spaces. Now, Digital Promise and the Department of Education are encouraging more structure. We’re talking about moving away from informal conversations to more formal coalition building.

So, to back up a second, why exactly is formalizing these ed clusters such a step forward in the first place? Why is that better than having informal, organic meetings?

I think that’s a really important question. It’s not better if you don’t have the organic, place-based community collaborations, or an overarching sense of trust or mission. If you don’t have that, a formal structure that feels top-down is going to alienate more people than it ends up bringing to the table.

But the reason people are seeing value in a more formal organization is because without that, you end up spinning your wheels. The region doesn’t come together around an initiative or a particular vision. How do you have a purpose if you’re just a bunch of people talking and occasionally doing a one-off project here or there?

The key is to not lose that broad stakeholder base, and to not become a bureaucracy with a really rigid set of criteria for membership— but to still have some level of structure that supports you and lets you engage stakeholders more effectively toward a goal.

That’s a very nuanced way to look at that. So how do you and Digital Promise support these education clusters?

There are four main ways. First, we’re supporting regions by providing toolkits on things like funding, research, governance, communications, and partnership building. Those will be published by this fall.

We’re also going to keep convening clusters on the national level. We’re forming an advisory board, as well as an online directory of all the clusters around the country, what they’re working on, and how they’re organized.

Are you also helping clusters measure their impact?

Yes. Measuring networks’ effects is a real challenge. We know ecosystems are having incredible impacts on student learning, but we need to make sure that we have the evidence to capture that in a way that’s compelling to stakeholders.

There is really exciting work happening in Southeastern Kentucky with the Kentucky Valley Educational Cooperative. A consortium there has brought together 17 school districts to help revitalize teaching and learning, with a specific eye toward helping students find college and career opportunities that will also diversify the region’s economy.

There’s a tremendous sense of place-based identity and pride in Kentucky, but there is a lack of diverse economic opportunities right now. The best and brightest students tend to leave the region and the region has experienced a population drain. Leaders there want make sure kids have a great K-12 education, but want to see that education more connected to opportunities in the region. Though it’s in the early stages, they are interested in making an innovation hub that would help incubate startups and connect university STEM programs with K-12 students across the districts in their region.

You want to make sure you have the right people at the table, and broaden beyond the traditional, expected stakeholders.

The flip side of that is that you want to start with a small enough core group of people who are willing to work together. We’ve talked to folks who started really broad and nothing moved ahead. There wasn’t a sense of a core group of committed people committed to a single goal.

You’re in Washington now, but you got your masters at Carnegie Mellon University in Pittsburgh. What do you miss most about the city?

For every weekend for a month, my husband and I used to bike the Great Allegheny Passage. We’d follow the bike path all the way up the river. It was great because you’d see so many areas of Pittsburgh. You see a lot of older, industrial buildings and old train tracks, and you also see an incredibly vibrant skyline and new areas of development. 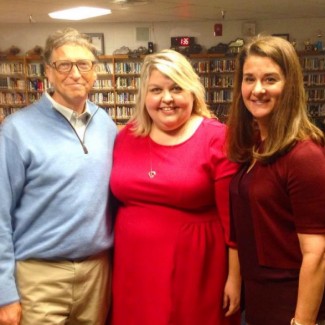